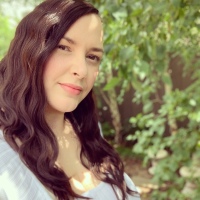 How did I miss this??

Native Son is a movie based on one of my favorite books out of High School, back when I first started college and began my journey of literally devouring Black Literature. So, the first thing I noticed about this trailer is that it’s a modern adaptation. If you’ve read the book, you know the story was written in 1940 and takes place in the 1930s. Bigger Thomas is a young black man of only 20-years-old and is living in extreme poverty on Chicago’s South Side. The movie appears to have a modern spin and Thomas doesn’t appear to be as poor as he was in the book.

I won‘t lie. In the first three seconds of seeing the trailer, I was surprised to see the military look of the jacket and beret bigger wears because that is not the persona of the Bigger in the book. Bigger in the book is more so laid back (at least that’s how I pictured him). Like all book adapted films, I am expecting everything not to be exactly the same while hoping the plot resembles the book and that things aren’t too modern even with the modern adaptation. I admit I kinda hoped it did take place in the 1930s. I’m a Historical Fiction writer after all so of course I think they could have left the timeline alone. I guess I fear the whole “black revolutionary” thing is becoming too much of a trend. Like he’s gotta be militant because being “black” is cool now and everybody’s “woke” or whatever.

Anywho, excited to see this though!

Apparently, it has already aired so I’ll be looking for it. I might just reread the book before I do and of course, I’ll be sure to blog my thoughts.

In the meantime, have you seen this? Looks like it premiered two days ago (4/6). How was it?

“As the car lurched over the snow he lifted his eyes and saw black people upon the snow-covered sidewalks. Those people had feelings of fear and shame like his….To Bigger and his kind white people were not really people; they were a sort of great natural force, like a stormy sky looming overhead, or like a deep swirling river stretching suddenly at one’s feet in the dark. As long as he and his black folks did not go beyond certain limits, there was no need to fear that white force. But whether they feared it or not, each and every day they lived with it.”

A classic, Richard Wright’s Native Son is a powerful story about a young black man who, in a state of panic, kills a white girl. When I first read this book, I was startled and certainly unprepared for what awaited each page. It was not the murder that shocked me, it was Wrights talented description of Biggers inner turmoil, not as a murderer but as a Black man in 1930s America and the fear and shame of that alone that coincided with his actions. Not in a justifying way, but in a way that painted the picture of what it looks like when fear manifested itself into the physical; when it rose from that invisible feeling, the beating heart and sweaty hands, and into the full image of its potential. Native Son in essence shows us the danger of that kind of fear and not just the danger, but what it looks like. The image of fear wrapped in black skin, smack down in the midst of white America.

“Right from the start, Bigger Thomas had been headed for jail. It could have been assault or petty larceny; by change, it was for murder and rape. Native Son tells the story of this young black man caught in a downward spiral after he kills a young white woman in a brief moment of panic. Set in Chicago in the 1930’s, Wright’s powerful novel is an unsparing reflection on the poverty and feelings of hopelessness experienced by people in inner cities across the country and of what it means to be black in America.” – Book Blurb