Independent Authors have become obsessed with rankings, reviews, and becoming an Amazon Best Seller over the years. While there is proof book reviews carry weight (social proof, credibility, increased visibility), there are many myths surrounding rankings.

According to Amazon, “the better the sales rank, the more sales it’s getting on Amazon.”

But, is this true?

Yes, selling books will naturally raise your book ranking, but your Amazon ranking can also be high for other reasons.

When I released I am Soul back in 2017, I set it up for preorders and, on release, it made it to #7 on Amazon’s Best Seller’s List.

To the untrained eye, this can look like I sold tons of books. And by the “untrained” eye, I mean everyday people who are not Self-Publishers or are not familiar with how the system works like family and friends.

According to my sales report for December 2017, I sold five preorders between December 16-19 (the book was released on the 20th).

Five books sold, and I was #7 on Amazon’s Best Seller’s List.

Just so you know I am not BS-ing you, here’s a screenshot: 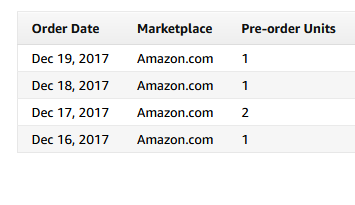 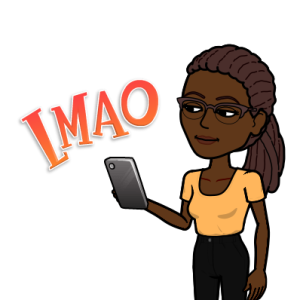 I thought I was big time.

Even Salt Looks Like Sugar got 13 preorders but did not come anywhere near #7.

How is this possible? Shouldn’t the book that sold more copies rank better? Yes, but as many people have already said, no one knows exactly how Amazon’s algorithm works. What we do know is books sold aren’t the only thing that determines a book’s ranking.

There is nothing wrong with pushing your book to sell tons of copies on release day and to make that Best Sellers list, but your book’s success is not contingent upon how well it does in the first few days or even weeks. A book that continues to sell over time does better than a book that does well all at once and then stops selling.

It’s like book reviews, in a way. The newer the review, the better.

Because Book B has newer reviews, it tells Amazon’s algorithms people are still interested in this book.

But what does this have to do with the sales ranking?

The book that continues to get new reviews is likely also the book that is continuing to sell. It might not be a #1 Best Seller or rank in Amazon’s top 100, but the author is selling books consistently.

And this is what authors should focus more of their attention on.

Most indie books that take off running, in the beginning, stop selling after the release date because so much energy is directed at the launch that authors forget they need to continue to sell books AFTER that.

Sales rank plays a minor role in determining the order of Amazon search results. Other factors such as relevance, keywords, sales history, product listing quality, and available inventory may influence Amazon’s algorithms. Therefore, a book with a high sales rank may appear later in search results than lower-ranked books.

How do you tell if your sales rank on Amazon is reflective of books sold or just a bump in Amazon’s algorithm because of other influences?

You should certainly be proud of yourself for making it to #1, whether you were there for five minutes or five months. However, don’t allow yourself to be deceived by Amazon’s ambiguous system. Ya’ll are out here going crazy and being scammed over something that doesn’t even matter.

This isn’t about Amazon. This is about Indie Authors and how we’ve allowed our writing self-esteem to be determined by numbers and rankings. Just because you are not an Amazon Best Seller does not mean you are not selling books. Period.

And, for clarity, I did not say you should ignore your book ranking, just that there’s no need to stalk it, as in repeatedly going back to refresh the page every five minutes.