Welcome back to another episode of Black History Fun Fact Friday.

So, I wanted to present  music in general for you this morning. But the African American contribution to music is too far reaching to cover ever genre in one post. Black people have had influence on almost every kind of music there is, for example: Born in the South, the blues is an African American-derived music form that highlighted the pain of lost love and injustice and gave expression to the victory of outlasting a broken heart and facing down adversity. The blues evolved from hymns, and work songs.

Blues is the foundation of jazz as well as the prime source of rhythm and blues, rock ‘n’ roll, and country music. 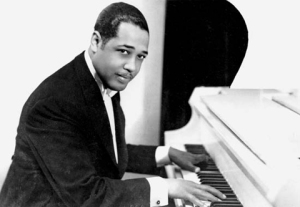 “One of the most significant figures in music history, Edward Kennedy “Duke” Ellington was born on April 29, 1899, in Washington, D.C. He began studying the piano at the age of seven. He started playing jazz as a teenager, and moved to New York City to become a bandleader. As a pianist, composer, and bandleader, Ellington was one of the creators of the big band sound, which fueled the “swing” era. He continued leading and composing for his jazz orchestra until his death in 1974. “Ellington plays the piano, but his real instrument is his band. Each member of his band is to him a distinctive tone color and set of emotions, which he mixes with others equally distinctive to produce a third thing, which I like to call the ‘Ellington Effect.'” 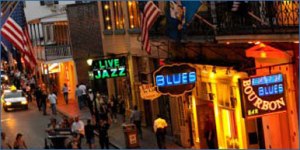 “New Orleans had a great tradition of celebration. Opera, military marching bands, folk music, the blues, ragtime, echoes of traditional African drumming, and all of the dance styles that went with this music could be heard and seen throughout the city. When all of these kinds of music blended into one, jazz was born.” —Wynton Marsalis 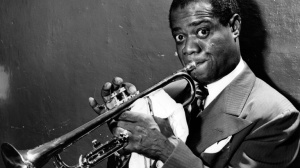 “Through his clear, warm sound, unbelievable sense of swing, perfect grasp of harmony, and supremely intelligent and melodic improvisations, he taught us all to play jazz.” —Wynton Marsalis
Louis Armstrong was one of the most influential artists in the history of music. Born in New Orleans, Louisiana, on August 4, 1901, he began playing the cornet at the age of 13. Armstrong perfected the improvised jazz solo as we know it. Before Armstrong, Dixieland was the style of jazz that everyone was playing. This was a style that featured collective improvisation where everyone soloed at once. Armstrong developed the idea of musicians playing during breaks that expanded into musicians playing individual solos. This became the norm. Affectionately known as “Pops” and “Satchmo,” Louis was loved and admired throughout the world. He died in New York City on July 6, 1971.  – Louis Armstrong House Museum 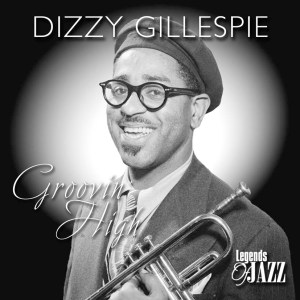 “The first time you hear Dizzy Gillespie play the trumpet, you may think that the tape was recorded at the wrong speed. He played so high, so fast, so correctly.” —Wynton Marsalis
Trumpeter, bandleader, and composer John Birks “Dizzy” Gillespie was born on October 21, 1917, in Cheraw, South Carolina. He got his first music lesson from his father and took off from there. He moved to New York City in 1937 and met musicians such as Thelonious Monk and Charlie Parker. Together they experimented with jazz and came up with the bebop sound. Dizzy also helped to introduce Latin American rhythms to modern jazz through his collaborations with artists such as Machito and Chano Pozo. His bold trumpet playing, unique style of improvisation, and inspired teachings had a major influence, not only on other trumpet players, but on all jazz musicians in the years to come. He died in Englewood, New Jersey, on January 6, 1993.

1940s
Bebop: The Summit of Sound
“If you really understand the meaning of bebop, you understand the meaning of freedom.” —Thelonious Monk, pianist and composer
In the early 1940s, jazz musicians were looking for new directions to explore. A new style of jazz was born, called bebop, had fast tempos, intricate melodies, and complex harmonies. Bebop was considered jazz for intellectuals. No longer were there huge big bands, but smaller groups that did not play for dancing audiences but for listening audiences.

1950s
Latin and Afro-Cuban Jazz: Beyond the Borders 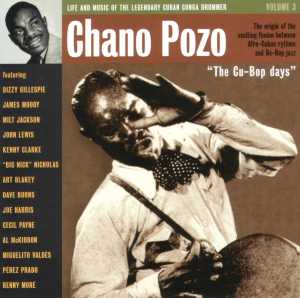 The combination of African, Spanish, and native cultures in Latin America created a unique body of music and dance. Jazz musicians from Jelly Roll Morton to Duke Ellington to Dizzy Gillespie combined their music with this Latin sound to create a powerful blend. In the 1940s and 50s, when musicians from Cuba began to play with jazz musicians in New York, the circle was complete. Gillespie and Chano Pozo, a Cuban musician, created a new form of Latin jazz called CuBop. 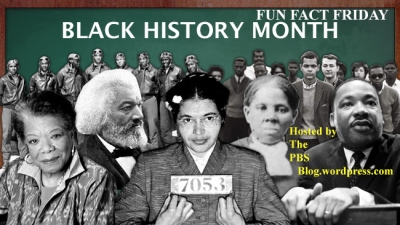 Be sure to check out last weeks Episode below, in case you missed it: