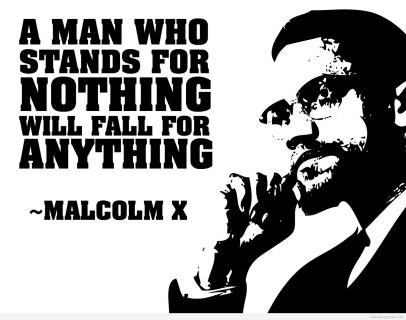 When did race and rights become separate entities? Since when has the black problem in America not have to do with both race and rights? Dare you to walk the streets of the 1920s and 40s and 50s with your prophet scented blood and expect to transgress the law of separatist signage. That “Whites Only” sign ain’t there by mistake. The one that says Negroes like you must order from the back door. Yo money may be colored like your skin but green has always been worth more than brown. I don’t like to have to go back to slavery. After all, it ain’t like I lived it and yet I can never forget what it feels like. But since we on the subject of feeling, I’m feeling like the same blood pulsing underneath my ancestor’s skin now pulses through mine so what they felt I feel it too. Perhaps I too was a slave long ago and its just taken me this long to find my voice. So, therefore, let me tell you something about what it means to be a slave. A slave is never granted the same rights as a free man, not a physical slave or a psychological one. An inferior race is never granted the same rights as a superior one. Thus anything that’s got to do with rights has also got to do with race. For the Black problem in America has always been centered around identity and always will be. Rights would have never been a problem if the problem wasn’t race. If the hierarchy of the superior and the less superior didn’t exist. If black people never walked around with bywords and proverbs tattooed on their skins there wouldn’t have been a need for them to watch movies in the Nigger Heaven1 of southern movie theaters. Would have been no need of me taking my seat alongside Miss Parks or Miss Morgan all them years ago. A Black Man’s rights and his race are always connected here, like the careful structure of his bones before he emerges from his mother’s womb. It’s the yearning for freedom written in his DNA. Black America’s rights have always and always will be centered around their identity because their problem is not physical it is spiritual. And because a spiritual problem has been long fought with physical weapons the condition of black people in America continues. And so their fight has always been and always will be centered around their freedom.

1. Nigger heaven, n. a designated place, usually the balcony, where blacks were forced to sit, for example, in an integrated movie theater or church as part of Jim Crow Laws.