I wonder if it was a spiritual experience
wonder
if blades covered their eyes against the war to which you had grafted them
wonder
if angels had taken the time to whisper to strands of hair of their coming demise
I wonder if they saw laughter dancing in your eyes
and if they had prepared themselves
with breastplates
and helmets,
and knee pads,
if they held their hands up
wonder if the blade hesitated against the strength of the strands
that rubbed against each other
like
lovers
strands of hair that were intimately entwined
hair that made a covenant with the earth
hair
that had promised to protect him since birth
that clung onto one another
like Samson clung onto you
strands of hair that loved
like Samson loved you.
But I wonder if it was spiritual for you
Did you see them as Kings planted inside the throne of private follicles
and fighting battles there
or was it just
hair?
was it spiritual?
for you?
When you touched it,
did you shake hands with angels,
did truth shoot through your body like electricity,
did your fingers grow numb
Did you feel it?
Did your stomach back flip, turn your tears into rivers
Did your mind leave you
Did it purchase attorney’s to plead mercy on behalf of the war you had begun
the moment you looked into his eyes and said “I love you”
Did the spirit find you guilty of conspiracy
to commit the world’s greatest terrorist attack
or did the Philistines just want their money back
I wonder
if you noticed that at that moment your hands were weapons,
heavy and strong
locked and loaded
weapons of war and your heart were choir directors
and yall played
Oh so softly the music of deception,
you sung ballads on his scalp
And immersed his enemies in your lap
I imagine you had bullets beneath your cuticles
You see, I wonder what your life was like
But most of all,
I wonder about the events that lead up to your iniquity
I wonder
Dearest Delilah… about your responsibility.
Wonder if my brother saw righteousness on top freshly painted nails
I wonder if 7 dread locs are added to your scale
And I pray…
I’m not presented with such a responsibility
I wonder if foresight blessed you with the image of Judas
without his consequence
wonder if his betrayal was your inspiration
to get through this
wonder if you are our warning to learn from the past
so that the present’s truly
a gift.

“It doesn’t have to be dreads. You can wear an Afro, or braids like you used to. There’s a lot you can do with natural hair” ― Chimamanda Ngozi Adichie 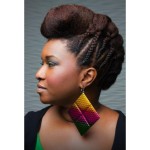 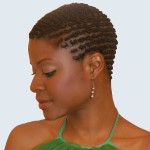 I was speaking with a sista recently who recently tried the natural challenge. That is, she went out on a limb and got locs. Thing is, she got tired of them and washed them out. While there are tons (I means TONS) of benefits to dred locs, I just want to encourage my natural sista’s in prolonging this journey with a reminder: When going natural, there are other styles you can try. Dred locs is the first thing that we think about because it is the most popular and we are in a time of re-awakening which,  as with every movement, is always occupied by a specific hair style. In the 60’s and 70’s it was the Afro, today it is the locs. But if you aren’t too sure about it, there’s a lot of experimenting you could do. There are tons of YouTube videos with tons of styles on how you can twist and pull and shape your antennae* in the way of your desire. Then, once you are comfortable with your natural hair, you can decide if you want to loc it up, which because it’s a permanent style, provides security in that you will endure the natural journey a little bit longer.

*Antennae: Hair is not just strands coming out of your head, but every body part exists to perform a certain function. Hair does not just protect your skull, but hairs are filled with your DNA and often act as Human Antennas or feelers to the physical and spiritual realm. For instance: All matter (solids, liquids, gasses) is made of particles called atoms. And as we learned in school, atoms are made of sub-atom particles called “electrons”, “protons”, and “neutrons”. These sub-atom’s all have electromagnetic fields. That means they are like “mini-magnets”. Your bones, your blood, your skin and your hair are all made of “mini-magnets”. As for your hair, it plays many important roles for your body. The least known role is that of antenna. Your hair is capable of sending/receiving information to and from your body exactly like a radio antenna. We have a large population of Wasps down here in Louisiana in the summer time. A couple summers ago, I noticed that I could hear Wasps buzzing in my ear as I swapped at it, (I hate the sound of bees and wasps buzzing) but I didn’t see anything. That is until a few minutes later when one was coming across the room. I noticed that the locs on the left side of my head were picking up the sound of the wasps before they got near.

“Antennae are jointed, at least at the base, and generally extend forward from the head. They are sensory organs, although the exact nature of what they sense and how they sense it is not the same in all groups, nor always clear. Functions may variously include sensing touch, air motion, heat, vibration (sound), and especially olfaction (smell) or gustation (taste).”