What exactly am I working on now? A lot of things but mostly my memoir. Now that Keep Yourself Full is on its way out, I really want to get this done and I will have to deter a lot of projects to do it. At least until I finish the first draft and then I can work on other stuff and just work on the memoir from there.

This is the hardest writing job I’ve ever undertaken. I have deleted everything I ever sent my email list as a sneak peek two years ago (can’t believe I let you in on that *insert eye-ball roll*) and have started over. I am fifty pages and nine chapters into the first draft so it’s not so bad considering starting over. What I don’t want this memoir to be is an autobiography. I’ve always wanted to write an autobiography, but that’s before I learned the difference between the two.

I learned memoirs differ from autobiographies. Memoirs are popular because they center on one theme and read like novels, making them much more interesting than the chronological format of the autobiography.

One thing I am working on is not making this psychoanalytic, if that’s the right word. While I’ve endured much trauma in my life, I don’t want this to be a dark history of my crazy. I don’t want this to be a therapy session. This is difficult because I’m not a sugarcoat type person and neither is my mother. I gotta keep it all the way real. I gotta be honest. How do I do this without going too far?

My title is “I Wasn’t Built to Break,” so my theme is to take all the things that have been obstacles and challenges in my life, that could have broken me physically, mentally, and emotionally, but didn’t. This means that I will not go into every single detail of my life but I will focus on certain significant events, starting with growing up in the Robert Taylor Projects.

Anyone who grew up in any of Chicago’s projects is a survivor in my eyes, a warrior. It meant they not only escaped the drugs, violence, poverty, neglect, and gangs, but they also escaped literal death. Perched above the high-risers of Robert Taylor and Cabrini Green, snipers (aka Gang Members) with high-powered rifles would sit on a top floor (in a vacant apartment) and shoot their rivals. These bullets though, often hit innocent bystanders, mostly children. I remember my Uncle coming to school to get us early because the buildings were shooting, and we had to run to our building. When I say it was a Warzone, I mean that literally. And none of us project kids ever got counseling or therapy for the things we saw. Not even the classmates of the seven-year-old Dantrell Davis from Cabrini who was shot by a sniper on his way to school in 1992 in front of his mother, teachers, police officers, and classmates. 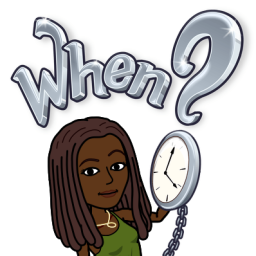 Writing a memoir is no easy task so my approach is to research and write this as if I am writing a Historical Fiction novel, except everything is true. Since I enjoy writing Historical Fiction, I’ll use history as a buffer. Instead of focusing on my experiences only, I want to take us back into the politics of some of what was going on in the world I did not have knowledge of as a kid. There’s my world where I can only see what’s in front of me and around me. As, a child my view is limited not only physically but also mentally and emotionally. I can only understand my current surroundings and circumstances from an eight-year-old‘s perspective (which is the timeframe I am focusing on in the beginning of the book). Then there’s the world at large. How did the decisions of others affect me, one of 21,000 children growing up in what became known as one of the poorest urban communities in the United States, a concentration of poverty they called it, the Robert Taylor Projects?

I want to go into how the projects under the Chicago Housing Authority (CHA) replaced the Chicago Slums, the discriminatory policies like redlining that kept blacks from purchasing homes in their own neighborhoods, the kitchenettes and one-room basements blacks lived in during the 30s, 40s and 50s, the beacon of hope the projects promised as a replacement, the mixed-community that was there (because whites and blacks both lived in the PJs!), the racial riots that never made the news, and the racist policies that caused many white families to move out of the projects and into the suburbs. Also, the Plan for Transformation that demolished Public Housing and replaced them with a mixed-income community of condos and townhomes and what this cultural mix meant for former public housing residents. (There is even history behind the name Robert Taylor. He was a black man on the board of CHA who opposed building the projects on the same land as the slums. He wanted to spread them out, so they fully integrated blacks throughout Chicago. After CHA refused, he quit. To name a building after him in the same location he worked against was disrespectful and an insult to his memory.)

I hope that if I do this, it will be a much more enjoyable read. I want to incorporate both history and personal testimony with the testimony supporting the history. I remember for instance that whole “Homie the Clown” Scare of the early 90s. I remember that because I had nightmares of the clown coming into our apartment and chasing me around the couch. In 1991, rumors surfaced that a man who we called “Homie the Clown” was riding around in a van kidnapping and killing kids. “Homey the Clown,” was the name of a character played by Damon Wayans on the early 90s sketch-comedy show In Living Color. The character was an angry black ex-con who carried a sock for knocking bad kids upside the head. His catchphrase was “Homey don’t play that.” Our “Homie the Clown” was allegedly dressed as a clown and went around kidnapping kids. Rumors said that he rode in a van and liked to stand next to mailboxes eating bananas. This sounds silly now, but it was serious back then, just like the recent clown scares. We got let out of school early and children were afraid to walk by mailboxes. It also didn’t help that Stephen King’s IT had also just come out. 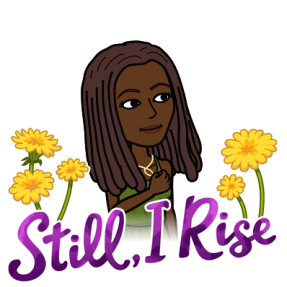 It wasn’t all bad though so I want to talk about the close knit community that existed there too that never made the news. Generations of families grew up together in what is rarely seen today. My mother’s friend, who lived next door, helped her to babysit. People watched one another children, shopped together, stepped up when someone was in need and shared food. We could go next door or downstairs to ask if someone had sugar or flour. We bartered services and passed along information about job openings or what was new at the Aid office and the candy lady was an entrepreneur. She used her food stamps to open a candy store back when you can get one piece of candy for every penny you had, better known as Penny Candy.  People threw house parties and sleepovers. Robert Taylor was not just a concentration of poverty. It was also a thriving community. When things were good, they were really good, and everyone was family. But you didn’t see this on the news. We were not all crack babies. We were not animals.