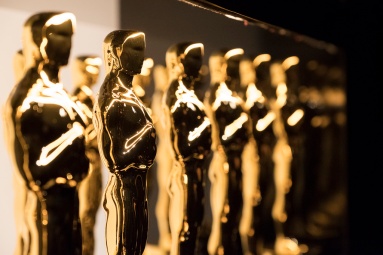 I was sitting here drafting a Black History Fun Fact about the first black-owned TV and radio stations but as I read I noticed a disturbing trend. A trend we can still see present today. To start, I was researching WGPR-TV, first black-owned television station in the U.S. and W.E.R.D., first black-owned radio station in the U.S. WGPR-TV was run and operated in Detroit and W.E.R.D. was based in Atlanta. We’ll go deeper into their history in a separate post but both stations became a platform for black artists, from Jazz and Blues musicians to Dr. Martin Luther King Dr. using it to broadcast his sermons and later, Civil Rights announcements. There are two things I noticed associated with each of these companies as the inspiration to today’s post:

With, black-owned businesses, I notice a disturbing mindset among many of my people in the African-American community that success is synonymous with white support and that, without it, we aren’t as successful as we could be. Society has deceived many of us into thinking unless they have included us in the mainstream public eye, we are unsuccessful. I compare it to publishing in the sense that Traditional Publishing is still seen as a more successful route than Independent Publishing. It is still seen as a sign of prosperity to be signed to a publisher than to be your own publisher through the Self-publishing route because of the exposure. Although many Self-Publisher’s are making far more money, unless the Self-Publisher can look like a celebrity, he or she has not made it (whatever that means). This is flawed thinking and causes many to chase the temporary pleasures of money and fame over integrity.

The Oscars is a great example of this and for the record, I admire Spike Lee and Regina King most especially. The talent comprised in these two people is beyond words. However, the black community’s reaction to their Oscar win is a great example of how we do not often see ourselves as being enough. Spike Lee and Regina King are and have always been two powerful artists. What Spike Lee has done with Crooklyn, Four Little Girls, Mo Beta Blues, Do the Right Thing, He Got Game, Malcolm X and more is nothing short of genius work. That Regina King can simultaneously bring to life two characters in Huey and Riley Freeman is nothing short of genius work. Not only did she capture the personas of two little boys but two little black boys. Whether that is Poetic Justice, Boyz N the Hood, Friday, Enemy of the State or Down to Earth, King’s roles are always down to earth. She’s got this skill that allows her to be relatable in any role. She‘s hilarious and you feel she can easily be your sister.

My point here is this: Lee and King did not need to win Oscars for me to recognize their brilliance. Yet, as a community, we champion this as the official ceremony to which we have received a piece of the pie. We have a track record of doing this, in which we do not see ourselves as successful except that we are integrated into mainstream societies expectations of what that success is supposed to look like. Angela Basset does not need an Oscar to be great.

There is nothing wrong with receiving support across all nationalities and nations of people. However, it is important for the black entrepreneur to know and understand that to be young, gifted, and black is also a success by itself and on its own terms.

3 thoughts on “Dear Black Entrepreneur: You Are Enough”