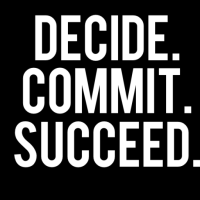 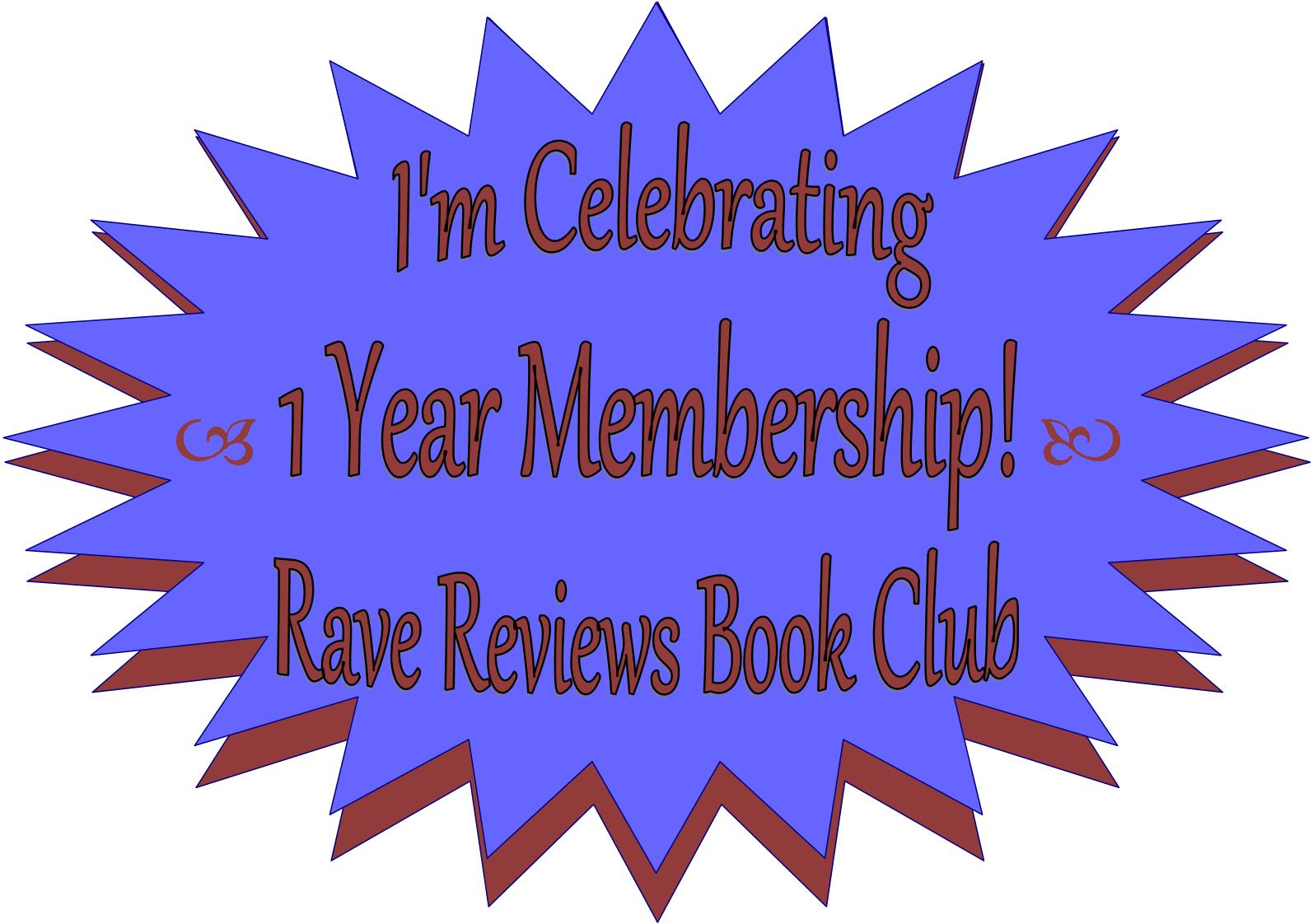 On Wednesday, August 31, 1994, Yummy “Robert” Sadifier was shot in the back of the head with a .25 caliber pistol at a viaduct at 108th & Dauphin Avenue in Roseland, Chicago, IL. At 12:30 am police found him lying on dirt and bits of broken glass according to newspaper reports. They pronounced him dead at 2:20 am, on Thursday, September 1, 1994. He was the city’s 637th murder victim of the year.

On January 3, 1993, The Chicago Tribune ran a headline, “Killing Our children,” that read: “In 1992, 57 children age 14 or under were murdered in the Chicago area, felled by snipers, sacrificed by gangs, killed by parents. It was a year for burying the young.”

In early ‘94, when I was just in the second grade and we lived in the Robert Taylor Projects on Chicago’s south side, my uncle came to pick us up from school early because the gangs were at war and there was a lot of shooting. We had to run to our building, shielded by our uncle.

This is the kind of environment Yummy’s growing up in.

Robert “Yummy” Sandifer was born on March 12, 1983, the fourth of ten children born to Lorina Sandifer. His father, Robert Atkins, went to prison three months before he was born and Lorina was a prostitute who neglected her children, according to news reports. On January 19, 1986, they removed Robert Jr. from his mother’s home when police found him and his older siblings in the house alone. DCFS, the Department of Children and Family Services, intervened in August 1986 and turned Robert and his siblings over to their grandmother Jannie Fields. But a Cook County Probation Officer, according to Time Magazine, said that Field’s home was not a nurturing place for Robert. The young Robert found refuge in the streets among gang members as most young black males do who grow up poor, no family, no friends, no education and little opportunity. Yummy joined the gang and racked up a record too long for his young age.

Yummy was charged with 23 felonies and 5 misdemeanors in his short life. He was prosecuted on eight felonies and convicted twice; sentenced to probation – the most punitive penalty available under state law, at the time, for children under 13. Even for murder, state law barred jailing children under 13 in an Illinois Department of Corrections youth facility.” – https://newafrikan77.wordpress.com/2014/03/09/the-forgotten-story-of-robert-yummy-sandifer/

Yummy also used guns, allegedly killing Shavon Dean, a 14-year-old girl who lived next door to him two weeks before his own murder.

“Police hunted Yummy, putting descriptions of him in the paper and pounding the streets for the eleven-year-old on the run. By midnight, August 29, 1994, the Chicago Police were working with FBI agents with 20-30 officers involved (Detective Cornelius Spencer). “Dozens of police officers – tactical units, gang crimes officers and detectives –joined by members of the FBI’s Fugitive Task Force fanned out searching for the boy as far away as Milwaukee, nearly two hours away, where Yummy had a relative, Nevels told The Chicago Sun-Times. The case was discussed at roll calls at every police district in the city.” – https://newafrikan77.wordpress.com/2014/03/09/the-forgotten-story-of-robert-yummy-sandifer/

Grandmother fields also searched for her grandson. She received a call from him asking why the police were looking for him. He was ready to come home. They agreed to meet on 95th Street but when she got there Yummy was gone. She waited until 10:00pm. The boy never showed. Yummy was murdered at 12am, a sad end to a 77-hour boy-hunt that put Chicago on the map for its violence.

Robert had no mother, no father, and no family to nurture him. In fact, he was abused. He was taken to the hospital at 22 months with cigarette burns on his body.

“There were 49 scars,” said Donoghue at the trial of Derrick Hardaway. “I had to use two diagrams.” There were so many scars on Yummy’s body he could not use the one chart typically used by medical examiners.”

He turned to the streets and was said to be an impressionable kid. He looked up to gang members and was a member of the BDs or Black Disciples. Based on the descriptions of the robbery charges and the witnesses “not showing,” it doesn’t take a rocket scientist to discern that the crimes Robert committed were being ordered by older and higher-ranking members of the gang. They had to silence him before the police got to him. “Dead men tell no tales,” said a 37-year-old uncle of Robert. “They put him to sleep.”

How does one judge the criminal life of an eleven-year-old with no stability? I can only imagine how scared he must have been with the FBI and police looking for him.

As a kid, Robert was small for his age. He loved to swim, draw, and loved cars. He loved Gyros, Chocolate Chip and Oreo cookies. He loved cookies so much so that it gave him the nickname Yummy. A neighbor interviewed says he was bad, fought and broke into people’s houses.

The mayor of Chicago admitted that Yummy had slipped through the cracks. Just what cracks were those? The sharp crevices that trap children and break them into cruel little pieces. Chicago’s authorities had known about Yummy for years. He was born to a teenage addict mother and a father now in jail. As a baby he was burned and beaten. As a student he often missed more days of school than he attended. As a ripening thug he shuttled between homes and detention centers and the safe houses maintained by his gang. The police arrested him again and again and again; but the most they could do under Illinois law was put him on probation. Thirteen local juvenile homes wouldn’t take him because he was too young.

“Nobody didn’t like that boy. Nobody gonna miss him,” said Morris Anderson, 13. Anderson used to get into fistfights with Yummy. “He was a crooked son of a___,” said a local grocer, who had barred him from the store for stealing so much. “Always in trouble. He stood out there on the corner and strong- armed other kids.” (Murder in Miniature, Time Magazine)

“Everyone thinks he was a bad person, but he respected my mom, who’s got cancer,” says Kenyata Jones, 12. Yummy used to come over to Jones’ house several times a month for sleep-overs. “We’d bake cookies and brownies and rent movies like the old Little Rascals in black and white,” says Jones. “He was my friend, you know? I just cried and cried at school when I heard about what happened,” he says, plowing both hands into his pants pockets for comfort before returning to his house to take care of his mother. “And I’m gonna cry some more today, and I’m gonna cry some more tomorrow too.”

“He wasn’t violent and he wasn’t bad. The way they talkin bout now, that’s not true. He was this and he was that and I know that he was not. He was very short to be his age, he was real short. He was very smart he could draw, he could read, he could write.”

According to news reports though, Robert was illiterate and personally, I believe it. I think he was smart (as his friends says he used to invent stuff and at 11 he already knew how to drive cars), but I also believe he had no guidance and no one there to nurture him. I believe his aunt that he was smart but I also believe he struggled in school. Coming from a broken home and struggling as he did goes hand in hand with not excelling academically. I wish there was someone there to nurture his intellect. It makes me sad to think he had no one.

Shavon’s aunt, the teen Robert killed by stray bullet, also says in the same video that she never had a problem out of Robert. “He respects me,” she said in the film. She has even taken him on a trip with her. She says, “I can’t say that he killed my niece because I wasn’t there. It was at nighttime and nighttime has no eyes and bullets have no direction.”

Was Yummy innocent or guilty? Did his age make him innocent or did his murders make him guilty? How does one judge the criminal life of an eleven-year-old who was about to turn himself in when he was shot in the head? And what of the two young brothers found guilty of his murder? They were young too and ordered to kill Yummy by the same gang in exchange for their own lives. This story is sad because ultimately, four babies lost their lives: Shavon Dean (14), Cragg and Derrick Hardaway (16 and 14, currently spending their lives behind bars for Yummy’s murder), and Robert “Yummy” Sandifer.

Only Yah can judge them. 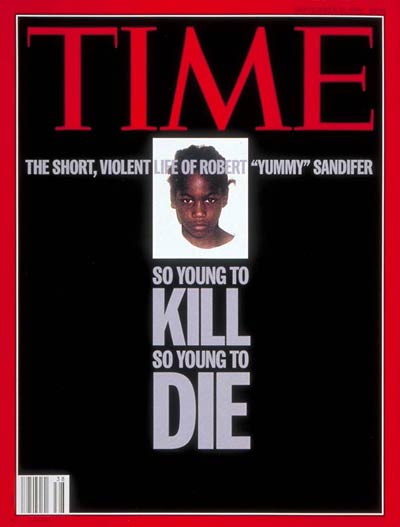 On September 2nd, the Chicago Tribune ran an article called Robert: Executed at 11, calling Yummy a Victim and Victimizer. September 19, 1994, Yummy stared out at the country on the front cover of the September edition of Time Magazine with the headline: