Movie Night Friday is back! 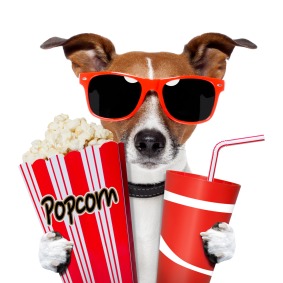 I come from a movie family. My aunt used to collect VHS tapes and then later, DVDs. If she were still alive, she would have every movie streaming app there is and collect Fire Sticks. We are a family who walks around quoting movie lines and seeing if people can guess what movie it is. It’s only right that I feature a series on this blog about movies. Movie Night Friday is nothing new. It is a segment I started on this blog years ago (2015) to feature my favorite films and why I love them. My favorites are broken down into different categories, though, so Malcolm X could number one in one category Lean on Me in the next, Boyz N Tha Hood in the next, The Great Debaters in the next, and Revival in the next.

Revival! features a star-studded, mostly black cast in the retelling of John’s book, featuring the resurrection, life, and ministry of the Messiah. Viewers will watch the bible play out through some of their favorite actors and musicians in a mixture of onstage performances, gospel songs, and spirituals, so that Revival! becomes more than just a movie, but an experience. Michelle Williams playing Mary Magdalen, Chaka Khan as Herodias, Wendy Raquel Robinson as the woman with the blood issue, Kenny Lattimore as Lazarus, Harry Lennix as Pontius Pilate and Mali Music as Yahoshua, Revival! is a part short film, part musical, and part broadway play.

What attracted me to Revival?

When TriCoast Entertainment reached out to me for a review, my first impulse was to watch the trailer. As a spiritual person who believes in the bible but not a Christian, I wanted to make sure this was the kind of film I can stand behind, support, and promote. When I watched the trailer, the first thing that piqued my interest immediately was the almost all-black cast and, even more, the black Messiah.

Many African Americans do not see themselves in scripture and are thus convinced they are not there and have nothing to do with this powerful historical text. Further, few films reveal the actual physical appearance of the people of the bible. Where are we? It is a question I often hear from black people when discussing scripture. Some of us don’t think we were there at all. But the truth is that many of the people’s nationalities in the bible, including the Israelites, Egyptians, Babylonians, and Assyrians, were black-skinned people.

I think the Pharisees did an excellent job of being hypocrites (haha), and they were in some of my favorite scenes, but my most favorite part was the scenes where Yahoshua is fighting off the temptation of the devil. Taken from Matthew 4:1-11, the creativity of the temptations had a modern touch. Still, it did not take away the reality of the devil’s persistence in his attacks and how we must be just as persistent in our resistance to those attacks. In the movie, these attacks take various forms, such as Satan as a man sitting at the beautiful dining spread to tempt Yahoshua to eat during his fast and command the stones to become bread (Matt. 4:1-4). Another instance is of a little boy and another seducing woman trying to entice him with her body. The best of these scenes for me was when the devil transformed himself into that of a little boy on top of the Hollywood sign and there tempted Yahoshua to jump.

We live in a world where Hollywood is a place everyone strives to be apart of. It represents the epitome of success for some and the place everyone wants to be. Here, celebrities are worshiped as gods. Most people aren’t taken seriously or acknowledged for their art, whether music, writing, or theater, until they have become promoted on a mainstream level. Therefore, inspired by the scripture where the devil takes the Messiah on a high mountain and tells him to throw himself down (Matt. 4:6), Mali and the little boy sitting on top of the Hollywood mountain was a brilliant idea. It was also a good idea to portray the devil as an innocent young boy since we know that he can transform himself into an angel of light (2 Co 11:14).

I enjoyed some of the songs, but the combination of several mediums was my least favorite part. I would have liked to see the film part as a consistent thread throughout (like a movie) without being jolted from the narrative for someone to sing for three minutes. At times it did work, but there were also times I was immersed in the story and then snatched out of it. I think the musical/stage play part could be a separate production of itself so that it doesn’t disturb the transition between scenes and distracts from the core story.

The lady with blood flow was also my least favorite scene because the scripture doesn’t mention anything about the woman’s flow of blood coming from bruises. Based on Lev. 15:25-33, I understood this flow of blood was a literal flow of blood as in a menstrual cycle. Wendy Raquel Robinson’s acting was excellent, though, as usual.

I have to bring it back to the mostly all-black cast! This is hands down my favorite part of the film, and I’d like to end this review with a bit more context to explain why I think this is so important for African Americans to see. 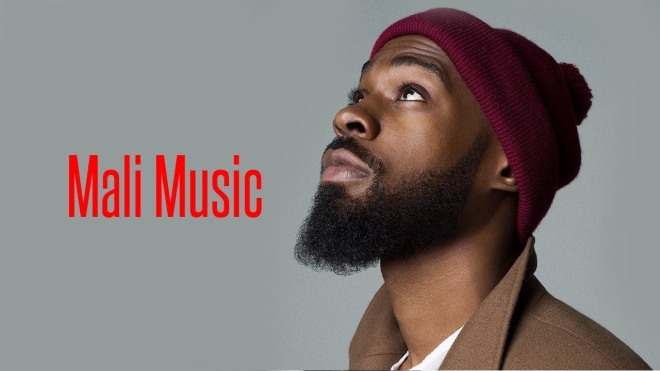 According to Revelations chapter one verse 14-15, the messiah is described by John as having hair like white wool and feet like burnished brass as if refined in a furnace. So, when he shows up in this film dark-skinned with full lips and a full beard, it is refreshing. If Yahoshua were to walk the earth today, he would do so as a black man, so we are not only looking at ourselves, but we are looking at the truth. Initially, the descendants of both Shem and Ham were black people. Gerald Massey, English writer and author of the book Egypt the Light of the World, wrote:

“The dignity is so ancient that the insignia of the Pharaoh evidently belonged to the time when Egyptians wore nothing but the girdle of the Negro.”

“You are quite right about the ‘AFRICAN’ origin of the Egyptians. I have 100 human skulls to prove it.”

Scientist, R. T. Pritchett, states in his book, The Natural History of Man:

“In their complex and many of the complexions and in physical peculiarities the Egyptians were an ‘AFRICAN’ race.”

And finally, the ancient Greek historian, Herodotus, who visited Egypt in the 5th century B.C.E., saw the Egyptians face to face and described them as black-skinned with woolly hair. Consider also that the word Ham in Hebrew is Khwam, and it means “hot, burnt, and black.”

If it is true that the Egyptians were black, and we know that they were, then it is also true that the Israelites were black. The Israelites became a nation in Egypt (the land of Ham). Jacob’s sons arrived 70 in number (Gen. 46:27, Ex. 1:5) because of the famine, but as Joseph ruled Egypt (Gen. 41), his brothers did not at first recognize their Israelite brother among the black Egyptians. (Gen. 42:8)

Additionally, Moses passed as the grandson of the Egyptian Pharaoh for forty-years. (Acts 7:23)

How could this have happened if he didn’t look like him?

“Moses had to be of the black race because he spent 40 years in Pharaoh’s place. He passed as the Pharaoh’s grandson, so he had to look just like him.”  – KRS One, “Why is That”

For this, Harry Lennix’s mostly black cast is necessary because while the world has come to accept, in part, that Ham’s descendants were black, the world has not come to fully embrace the black origin of the descendants of Shem, the original Hebrews.

Moses, Abraham, The Prophets, and even the Messiah, would have looked like African Americans had they walked the earth today. I believe that Lennix’s decision to make Yahoshua and most of his disciplines black is not just a form of creative expression but a powerful re-education of black biblical history.

I give Revival! four out of five stars.

I want to extend a thank you to TriCoast Entertainment for the opportunity to review the film REVIVAL starring Harry Lennix (The Blacklist, The Five Heartbeats, Love & Basketball, Ray), Wendy Raquel Robinson, Chaka Khan, Michelle Williams, Mali Music, and other musical legends.

Can’t get enough of Black History? Don’t forget that book one of my novella series Stella: Between Slavery and Freedom is now available.

Get it here in ebook

Get a signed paperback copy here