I know yall were hoping I forgot about Movie Night Friday, nope! lol. So, today’s pick is Harlem Nights. 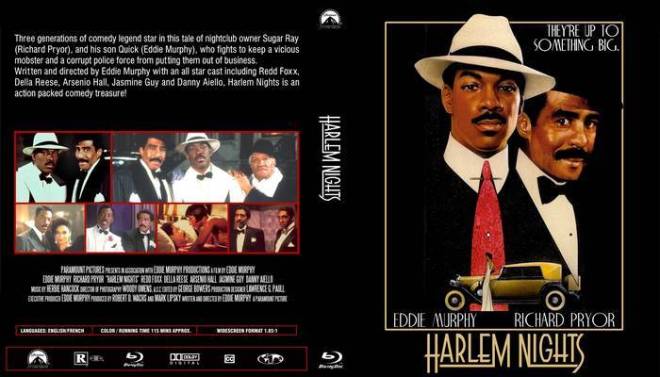 Whenever I am in the mood for some real laughter I have to put this in, by far one of Eddie Murphy’s best to date, which is kind of ironic sense I think it won the worst directors award or something. I want to watch it just thinking about it.

Harlem Nights (’89) was written, executive produced, and directed by Eddie Murphy, who also starred in the movie alongside Richard Pryor. After a young Quick (Murphy) shoots a man trying to play Sugar Ray (Pryor) in a dice game, Ray decides to raise Quick as his own son when he discovers both his parents are dead. 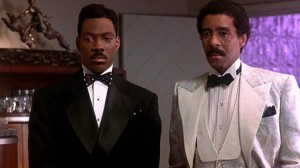 Having discovered just how much money the men are bringing in, Ray comes home to find a stranger in his home looking for the owner of the club. Calhoun has sent a corrupt detective, Phil Cantone, to threaten Ray with shutting the club down unless Calhoun gets a cut. Ray uses the wisdom of his old age to decide it may be best to shut down and move to a different location. But the young and fiery Quick on the other hand is not to be ran away by anyone. Nonetheless, Father and Son must make a decision and time is running out.

In the opening scene when the guys are shooting craps, Little Quick shoots the large man squarely between the eyes. The man wasn’t looking downward and it would have been impossible for a 4 foot tall kid to shoot a 6 foot tall man at that angle squarely in the forehead. 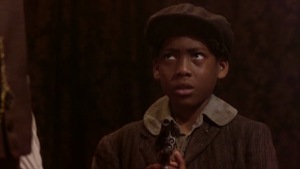 In what other movie did this kid act in that I featured in another Movie Night Friday post? Comment below if you know!