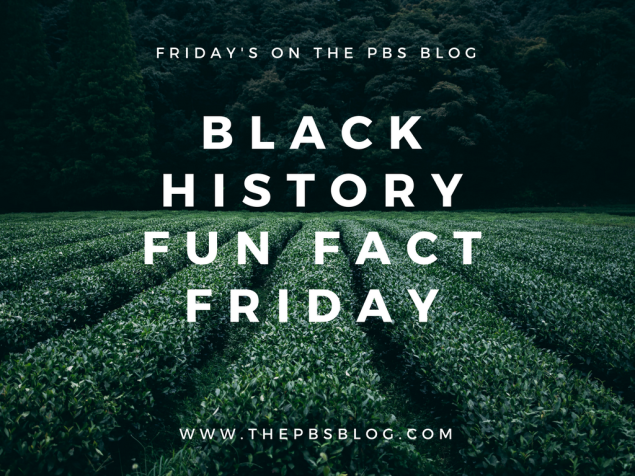 I am always fascinated by the all Black communities African Americans have built over the years. It means that we are capable of coming together economically to build something of our own and have been doing so for some time now. Communities like Black Wall Street, Rosewood, Blackdom and Israel Hill are examples. To learn of more communities, visit a recent post 7 Black Communities that Prospered.

To add to that list, I’d like to talk today about Africa Town, a place I didn’t know about until it has recently made news after suing an industrial plant claiming it released toxic chemicals linked to cancer.

On this day, March 2, 1807, The U.S. Congress passed an act to “prohibit the importation of slaves into any port or place within the jurisdiction of the United States…from any foreign kingdom, place, or country”, banning the Slave Trade. A group of slaveholders then, made a bet that they could still import slaves and could do so without being caught. 110 Africans (Israelites) from the Yoruba Tribe from the interior of Nigeria were taken and held captive aboard the Clotilda, allegedly the last slave ship to bring captives from Africa to America. Led by Timothy Meaher, a shipbuilder and landowner, the ship made it to the port of Alabama in July of 1860. The slaves were removed from the ship and put on a steam river boat and the Clotilda was burned to hide the evidence.

The enslaved were divided between the men who had made the bet but they eventually got caught. Federal Authorities prosecuted the men but the 1861 federal court case of US v. Byrnes Meaher, Timothy Meaher and John Dabey was thrown out because of lack of evidence. After the Civil War Meather freed his slaves and allowed them to work his property. This is the beginnings of the community of Africatown.

The city of Mobile’s Africatown Neighborhood Plan, a blueprint for revitalization and preservation prepared in 2015 and 2016, offers a quick summary of what came next for the community:

“Working in local shipyards and mills, they saved money to buy land including some from their former owners. African Town originally included a 50-acre community in the Plateau area and a smaller one, Lewis Quarters, which consisted of seven acres over a mile to the west of the larger settlement. Lewis Quarters was named after one of its founders, Charlie Lewis. The settlers appointed Peter Lee as their chief and established a governmental system based on African law.

The residents of African Town built the first school in the area. In 1872 they built Old Landmark Baptist Church, which is now Union Missionary Baptist Church. While the community retained much of their West African culture, construction of the church signaled the conversion to Christianity of many of the Africans. They were a tight-knit community known for sharing and helping one another but reportedly had tense relations with both whites and African Americans and so largely kept to themselves.”

Personally, I wish they had stuck with their West African Culture (which is largely Israelite Culture) as many West African Tribal Nations (such as the Yoruba, Congo, and Ashanti) still maintain the laws of the Old and New Testament apart from Christianity. After emancipation, the group reunited from various plantations, bought land, and founded Africatown. They ruled it according to ancient Biblical laws, spoke their own language and insisted on using their original names.

“A Press-Register reviewer wrote of Diouf’s findings: “The old interviews make abundantly clear that Lewis and his comrades were terrified and traumatized by their kidnapping and trans-Atlantic voyage. Their life in Alabama was very difficult, first for a few years as slaves and then in freedom. Not only did they have to contend with prejudice from whites, but their black neighbors considered them to be oddities who were crude, fierce and inscrutable.

Despite the challenges, Africatown’s story is too special to be lost. In fact, it recently was catapulted back to national attention via an unexpected connection on the PBS geneology show “Finding Your Roots.” In one episode the influential musician and author Amir “Questlove” Thompson learns that his personal family heritage includes an ancestor, Charles Lewis, who was taken aboard the Clotilda and became one of Africatown’s founders.

In 1927, Zora Neale Hurston went to Plateau, Alabama, just outside Mobile, to interview eighty-six-year-old Cudjo Lewis; the last known survivor of the Clotilda, the oldest slave on the ship and also a chief. Details of this interview has been compiled in a never-before-published work by Hurston by Amistad Publishing called Barracoon: The Story of the Last Black Cargo. (A Barracoon is a type of barracks used historically for the temporary confinement of slaves or criminals.) Another book about Africatown is Sylviane A. Diouf’s Dreams of Africa in Alabama: The Slave Ship Clotilda and the Story of the Last Africans Brought to America. The book is the Winner of the 2007 Wesley-Logan Prize of the American Historical Association, the 2009 G. Sulzby Award of the Alabama Historical Association and a 2008 finalist for the Hurston/Wright Legacy Award.

Today, Africatown is struggling with the new attention it’s getting from the discovery of pieces of the ship and the pollution to the air of what residents are saying is causing cancer. “Hosea O Weaver & Sons, an asphalt manufacturer, backs up on to some residents’ properties and is a business that has recently caused most concern. “On days when trucks are leaving the plant, some have covers and some don’t have any. If you have a north wind the dust is everywhere,” said Varner. “It gets everywhere and you have to breathe it in.” (Christopher Harress)

Residents of Africatown see it as a double-edged sword. On the one hand, those companies provided jobs for the community and the town flourished economically. However, this also meant dealing with the noise and pollution. Though, according to one of the community’s leaders, environmental concerns are less of a worry now.

“Pollution has been an issue for over 100 years in Africatown, but at this particular time we’re moving to a more clean air environment because we lost some of the contributing forces, like the International Paper Company and all kinds of sawmills, and things of that nature,” said Cleon Jones, Africatown’s community leader and former New York Mets player. “We still have Kimberly Clark but they don’t process wood the way they used to. Our big fight has been against the oil companies, but I think that’s all in compliance now, according to the city and state. It’s always been about creating a buffer between our town and the companies, the noise, pollution, trucks.”