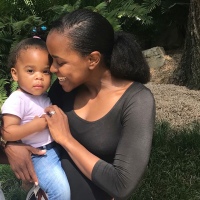 “A successful man is one who can lay a firm foundation with the bricks others have thrown at him”. 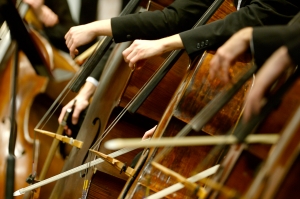 When deep breaths are like swallowing hurricanes that stir up in your stomach
like roller-coasters
and leave you holding on to jagged tooth remains of your invisibility
call upon the deliverance of notebooks and journals
or the speedy salvation of the keyboard
make them your masterpieces
Those days
When you feel like quarter notes
beaten and broken in half
those days
when invisibility finds you sitting beside yourself
those days
when all you need is a reminder
simply press upon the pedal of inspiration
dig inside the pockets of circumstance and resurrect joy from the pit of destruction
sing
and strike the cord of your thoughts firmly against the keys of motivation
for your fingers are golden today
and they bleed truth from the depths of an inner consciousness
Indeed, your words are beautiful today
pulling back the symbolic layers of your metaphors and deciphering your definitions
I can see why your rhymes curve perfectly around the waist of melodies
and swim better than oceans
so play
play us a song
like tongues taste new wine, bring the heat of our passion together like fire to chocolate
because you are special today
and all we need is a beat
a cleft
a time signature
a note
a rest
a song…a stepping stone
to play just the right scripture to guide us back to the music sheet
Yea, something like that
something like
a private symphony 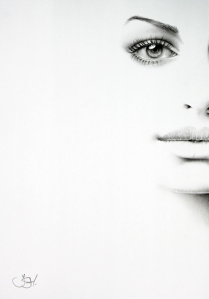 The dust particles flying from the duster floated slowly off the boxes, strangely reminiscent of the worst terrorist attack to occur in the United States. Each set seemed to align themselves parallel to the others, and tilting dangerously off the Brooklyn Brownstone as if to mock her. The coming of dawn splashed its hint of shadow off the dull cardboard, distorting its true image. They were taller it seemed, and almost menacing. The woman looked on sadly, fastening its flaps, tucking them one inside the other. It was safer this way, but still she took a step, and rested her bottom against the course concrete as if finding a foundation strong enough to hold all of her baggage. That’s when she saw it, its pages flapping quickly in the wind almost blowing the book off the steps; she caught it, along with a strange feeling with how her arm had extended itself in rescue. It had only been two months and she was intrigued to find that Ellison had read her mind. No, she did not believe he was an invisible man; she instead was prepared to insist he was a mind reader. The only other explanation available to explain his knowledge of her departed state was if he was talented enough to take her heart and contextualize it in ways that even she could not. Of course now she understood that Ralph Ellison was neither mind reader nor genius. Like a mirror that penetrates the souls of the invisible, she could easily see herself in a similar situation. The neighborhood had gone on as it always had; the people continued in their routine way and it made her angry, how could they? “To the mall!” she says. “To the workplace!” he shouts. They move about, “To the city!” they shout. But there is no city, and there is no mall. There is no workplace, there is only darkness. What’s everybody so happy about? Nothing was the same and she was utterly alone. Why was that so hard for them to understand? She has tried to make them aware that their journeys were in vain, but she has been pushed over. She has been blocked. She has been ignored. They have walked right through her, and for a split second they’ve become one with her, but only to come out on the other end and still they cannot see. None ever noticing that she has just pushed against them, and burned the top of their flesh with her light. Cymbalta wasn’t helping much either. But that’s because she is invisible. It is she they cannot see.

Candy wrappers and Anthrax warned Newspaper clippings loiters the sidewalk in front of her, and the screaming engines of cars sped by in a desperate attempt to escape the moment for the one at the corner, shattering the woman’s thoughts and calling her attention away from the book. And as the brisk November wind rattled angrily against her blouse, she disregarded the unopened mail laying idly on top the brown boxes. Inside, the small sirens going off seemed to rattle the cordless resting comfortably on the sofa like tiny explosions.

“Yea?”
She was sick with exhaustion with the interviews and radio shows, and journalist thirsty phone calls that promised never to bring her husband back, just a hot story. It’s not like they were really talking to someone anyway. She had never been around a group of people who enjoyed talking to themselves so much.
“I don’t think so”, she annoyingly spoke into the receiver before hanging up at the sound of a trucks engine; the movers were here. “Great”, she said exasperated, managing to make it out the door. She was going to be late…again.