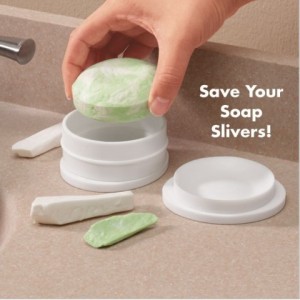 Yall know the feeling, you get down to those tiny pieces of soap you can no longer use and you throw them away. After all, they can become unsightly to the eyes after while, not enough to cover your body anyway right? Wrong! Save those soap scraps!

Today, we’re going to learn how to make new bars of soap from recycled soap scraps. It’s super easy and can save money on those rainy days (I suggest storing them away until you really need them). You will need: 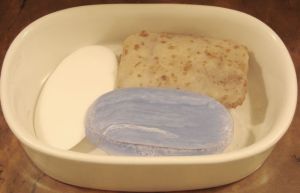 The first thing you’ll want to do  is to start saving those tiny scraps in some kind of dish or container. Save them until you have at least enough to fill one cup.

When you’re ready, take your scraps and put them in the small pan, add water.

You’re going to let this soak for one complete day, stirring occasionally. Don’t panic when the soap melts down, that’s what it’s supposed to do.

After your soap has had its bath, bring the soap soup to a boil, watch and stir occasionally so that it does not burn.

When it comes to a boil remove from heat and stir in about a tablespoon of olive oil ( if there are any additional ingredients you want to add, such as food coloring or essential oil, do it now).

Pour this mixture into a greased (so it doesn’t stick) soap mold of choice, let harden. (If you’re using the soap mold pictured at the top, which I also happen to use, let it sit under a bowl or small pot for spills. I suggest securing a more secure soap mold otherwise. I intend to upgrade myself).

Cut into any size 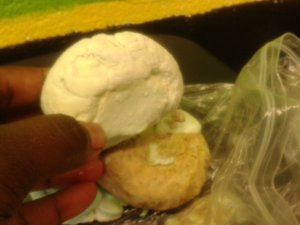 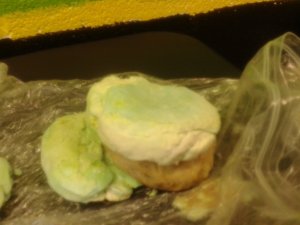 Mine aren’t exactly pretty, but so far I have accumulated 4 bars of soap from our old soap scraps. I would have had more but I was just being lazy. Don’t sleep on this because you have it right now, but soap and toilet paper are key necessities people never seem to have available during emergency’s. While Water and Food are the most important, wouldn’t it be great to pull out a new bar of soap too? Even if you don’t need it, it can be useful to trade for what you do need. I think I have enough to make at least two more bars today. Six bars of soap without spending a dime, imagine that.  🙂

“Dear World, do not wait until I am dead to love me. If you appreciate me at all, give me my flowers while I live.”

Children have a tendency to think under the realm of simplicity. For this reason, we are encouraged to be in our mentality as a child, so that we maintain the humility necessary to receive the discipline of wisdom. Especially since there’s been awhile since many of us were children, so we have to be reminded of this kind of meekness, and to understand that most of the answers to the questions we look for are right here before us, but that we miss seeking “profundity”. Indeed, some of us need to seriously regress back into childhood and understand how simple things really are. But children also have a tendency to be unstable in their ways. They are more apt to move from place to place easily, despite danger. But as adults who have gained a certain level of experience, we cannot afford to be led astray by the elementary matters of childhood, in which we continue to trip over the same mistakes over and over again before we attempt to change them.

Change itself is difficult, for it is buried under years of routine and tradition. However embracing change when it is occupied by truth can cause great discipline, and create a greater understanding for the individual who is willing to grow up. It is a light that comes with maturity, illuminating the path of the elder. But not everyone of age is wise, for many of us are still easily led astray and stuck in our ways; plagued by the unchanging traditions of our youth. (There are countless old fools) And as some children are afraid of the dark, so are we who have yet to put off the instability of childhood; still heavier than darkness are we to ourselves. We can remove this burden however, if only we are willing to embrace change, and all of the gifts that come with it.